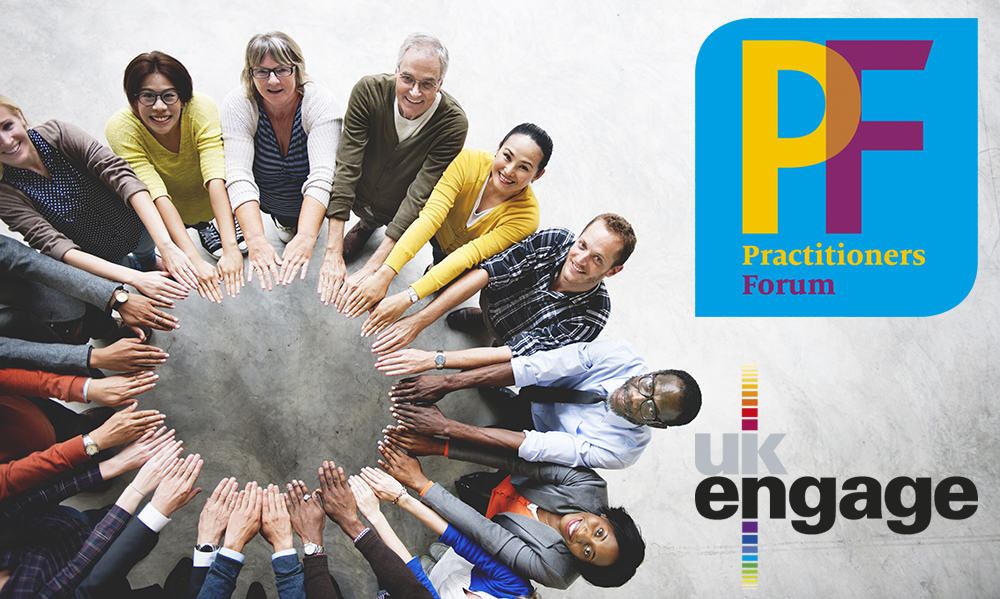 The North-West based co-operative election services provider exhibits for the third consecutive year.

Co-operative election scrutineer, UK Engage, will be attending the Practitioners Forum event on Thursday 22 November at The Studio, Manchester.  As the event offers professional development for people operating in key roles in co-operative businesses it is well suited to UK Engage as we administer hundreds of democratic processes for co-operatives and other organisations across the UK.

During the one-day event, there are several specialist forums including communications; finance; governance; HR and membership.  Typically, UK Engage will interact with most of these functions during a co-operative election, to ensure specific objectives are achieved. Such as: –

Co-ops are organised to benefit their owners. To this end, UK Engage understands the importance of democracy and of electing member-nominated directors via a co-operative election.  We work in partnership with co-ops to ensure that members are fully able to participate in the election process, in order to get the desired level of representation at board level.  This way, members can be sure they can elect the candidates they believe will steer the co-op towards economic, social, and cultural success.

As mentioned above, in order to have their say it is important that members get the opportunity to be involved in future decisions of the co-op.  One-way of allowing members to do this is by voting for people and resolutions, before or at the Annual General Meeting.  UK Engage administers processes to elect co-op boards and to vote on Ordinary and Special resolution at AGMs.  Using a mix of both modern and traditional methods, UK Engage can ensure we get the right mix of online and paper voting solutions for co-operative members.

As our name suggests, when a client informs us of a co-operative election, we work with them to help engage with their members.  In order to get the best possible participation, whether that is members coming forward as candidates for election, or members wishing to vote for the candidates they believe are best-placed to steer the co-op, it is imperative that members are informed about the process as early on as possible.   UK Engage is experienced in helping prepare communication plans for co-operative elections, whether this is independently or as part of schedule co-operative messages developed by the co-operative’s communication team.

UK Engage will be on hand to answer any questions you may have in relation to your co-operative election, at The Practitioners Forum, 22 November 2018. If you would like to talk to us beforehand about you 2019 co-operative election requirements, please contact us directly.